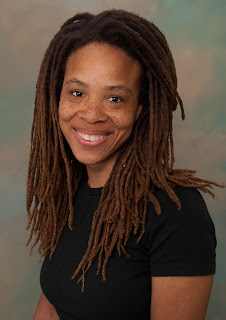 What is your job and why have chosen it ?
I am an Assistant Professor of Biomedical Engineering.


I chose to be a Professor because I love research, teaching and community outreach, and as a professor one gets to do all three.


I chose Biomedical Engineering because I have always loved designing things, and bone is my favorite tissue. So now I get to combine both and I can design ways to repair and grow bone.

Would you like to go in space? Why?
Of course. Who wouldn't?

Did you think human space exploration is important ?
Yes, of course.


As engineers, we are taught to model complex systems with simpler systems.


In the same way, the difficulties of surviving in space are a great model for the difficulties of surviving on our planet : we are alone, we have only what we brought with us, and we must learn to reuse and recycle what we brought with us. This is true both on Earth and in space. Many discoveries came out of early space exploration and the needs on earth were eventually realized. For instance, NASA alone has contributed over 6,500 patents to the world. Including the other Space Agencies, this number is much more.


Most people do not realized how space exploration has transformed our lives. Without space exploration, we would not have shoe insoles, scratch-resistant plastic lenses, water filters, GPS, cell phones, satellite television and radio, and much much more.


Why do you support 100YSS.ORG ?
For the same reason I think human space exploration is important.


If simply trying to go to the moon and enter low Earth orbit has transformed our lives, imagine what trying to get to another star system will do?


Many people might dismiss this and believe we would eventually have come up with these inventions if we had focused on each particular invention instead of space exploration. Maybe, maybe not.


Many of the discoveries found through space exploration had been researched for many years, and it wasn't until space entered the equation that the problems were solved. Sometimes discovery happens by accident.


Better ways to image breast cancer came from trying to better look at the stars. Sometimes we don't know the right questions to ask for one application and so we never solve that problem. But then it turns out that the solution only comes when we ask different questions, and many times these questions come about during space exploration.


Also, space exploration is inspirational. You can't dictate what will inspire a researcher. The idea of space exploration is a place where we can come together as a united world, rather than a world of nations, and that brings out the best in us. 100YSS is a pursuit towards achieving the best of us.


What does Yuri Gagarin represent for you?
He is the spark that started human space exploration. He is like the starting pistol that started the race to the moon. Very exciting, but only the beginning.

What does Apollo 11 represent? Do you remember the event?
It represents two things to me : an amazing accomplishment, especially considering that today's smartphones have more computing power than they did at the same time; and baby steps. Those were our first steps on another world. I hope that eventually we are running. To Mars, to the moons of Jupiter, to the next star.


I was not yet born, so I do not remember it.


What would your most incredible space dream be?
Where everyone would see the value in space exploration, our first mission (of many) to another star hand just launched, and trips to Mars would be as regular and available to all as are trips from North America to Europe.