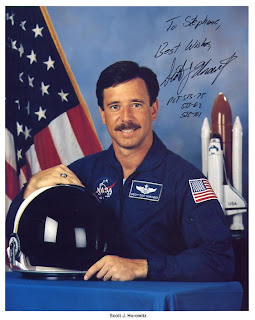 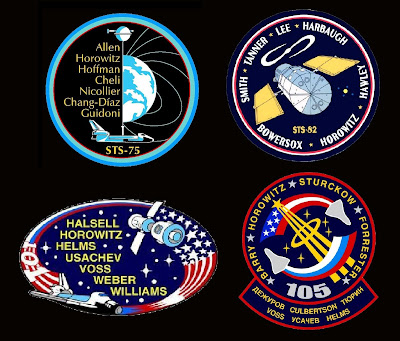 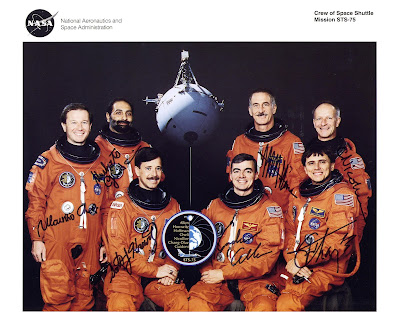 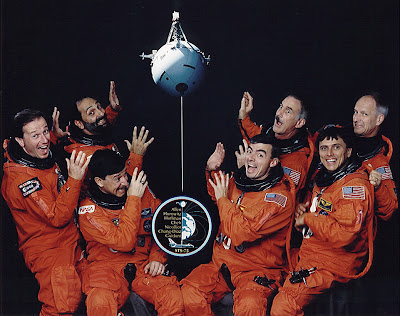 
How many years were you connected to the space program prior to your flight ?
I was selected in the Astronaut Class of 1992 and first flew on STS-75 in 1996.


How did you feel prior to the flight ?
Training for the flight was an extremely busy time (many work week schedules had 60 – 80 hours of scheduled training). I felt that I would always be training and that somehow actually flying in space wasn’t “real”.


What kinds of sensations did you experienced during take-off ?
The STS-75 launch was incredible.


During SSME ignition the Left SSME had a caution light and the left %power showed 40% (indicating a failed main engine), So for a few seconds we thought we were going to do a pad abort (SSME shutdown and launch scrub), but the Solid Rocket Boosters lit an off we went! (Imagine my surprise!) 7.5 million pounds of thrust launching a 4 million pound system into space, accelerating to supersonic in just 42 seconds straight up!


After deciding the left engine indications were incorrect I looked out the window as we executed the roll program and saw the launch pad disappear underneath us.


The best way to describe it is that it is like riding a man-made earthquake.

What does weightlessness feel like, and what did you think about during the flight ?
Weightlessness is great, imagine swimming under water (where you can maneuver in 3 dimensions), but you don’t get wet.


You can fly from any point to any other point with little effort.


What were some of the problems you encountered and how did you fixed them ?
I mentioned the issues we had during launch with the left SSME (months later the engineers determined that we had 2 separate instrumentation failures, but the engine actually performed well).


During the mission we deployed the Tether Satellite (an Italian built satellite connected to the Space Shuttle by a 20km conducting cable to test a dipole in a plasma). During deployment, at 19km, the current being generated by the conducting cable (5,000 VDC, 1 amp) burned through the wire and the satellite flew off into its own orbit. 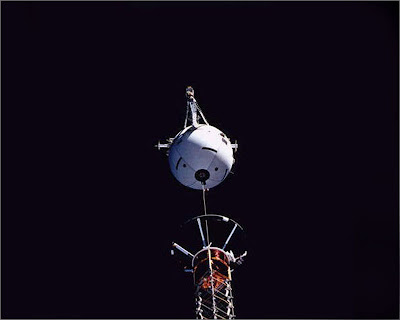 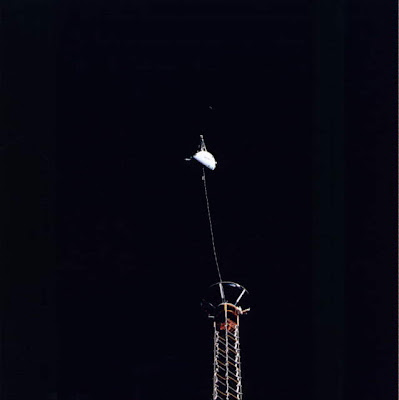 We ended up conducting the rest of the experiment with the satellite independent of the Shuttle (two monopoles in a plasma). We discussed trying to rendezvous with and retrieve the satellite, but since we had two more weeks worth of microgravity experiments to conduct, did not. The Tether Satellite reentered the atmosphere several weeks later.


We had some other system failures (a flight control system, an IMU, etc.) and worked with ground control and executed the contingency check lists to reconfigure the Shuttle for a safe reentry/landing. 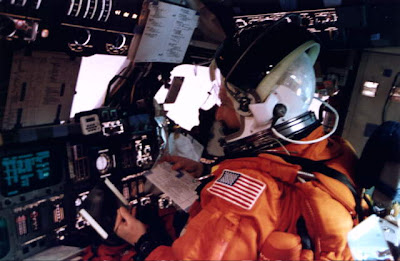 What did you eat, and did it taste real ?
I ate everything they packed for me (MREs, tortillas, tea, hot chocolate, brownies, shrimp cocktail, etc. My favorite was peanut butter and jelly on a tortilla (we can’t bring bread since the crumbs float all over the place).


What was re-entry like ?
Reentry was remarkably smooth, after the retro burn, the Gs build very gradually and then the view out the windows looks like you are flying through a pink cloud that continues to get darker as you get into the thicket air until it is a deep orange color.


The Gs continue to build as the Space Shuttle decelerates. At about Mach 12 the Space Shuttle slows enough so that the air stops dissociating and you fly out of the “orange fog” (which is your view from inside a fireball looking out). At this point we were in a right bank at about 200,000 feet (61 km) over Houston TX which I could see right below me out the PLTs window.


Then it feels like time is accelerating as you rapidly approach KSC for landing, with lots of checklist items being accomplished as you accelerate to Mach 5 where you are slow enough to deploy the air data probes and incorporate the air data into the GPCs (General Purpose Computer). Slowing to Mach 1 almost above KSC at about 50,000 feet altitude (15 km) the CDR takes manual control and the CDR and the PLT work together to bring the Shuttle in for a landing which we practice a 1,000 times in the Shuttle Training Aircraft, so it is very familiar. 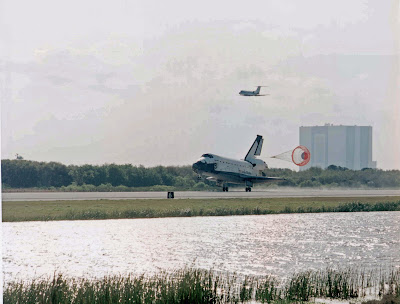 Were you glad to be back on Earth, or did you feel you could have spent the rest of your life up there ?
It was great to be back on Earth and to be with family and friends to share the experience.
For A Low Earth Orbit flight, I felt that 2 weeks was a good amount of time for a mission.
My subsequent missions (STS-82 to Hubble, STS-101 to ISS, and STS-105 to ISS were all 10 – 12 days long) were of similar length.
I didn’t really have a desire to stay in Low Earth Orbit any longer, but would like to spend more time in space if I could go somewhere (like the moon or mars).
Publié par Spacemen1969 à 19:36