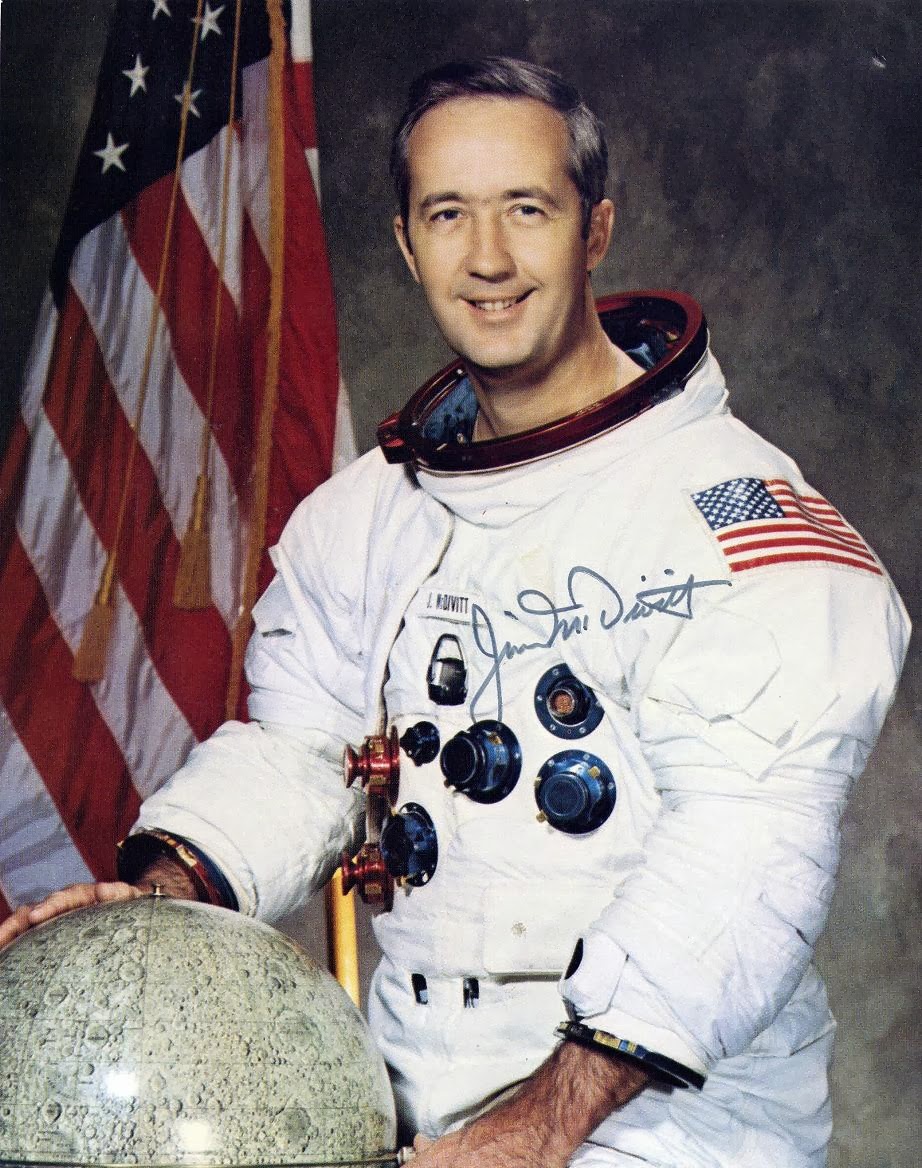 Il est sélectionné dans le Groupe 2 de la NASA en 1962.
Il effectue 2 missions spatiales en tant que Commandant.
- Gemini 4 (3 au 7 juin 1965) où Ed White devient le premier américain à sortir dans l'espace.
- Apollo 9 (3 au 13 mars 1969) où est testé pour la première fois en condition de vol réel le LEM.
Il a été également Directeur du Programme Apollo.
Il quitte la NASA en 1972.
Il a été par la suite Vice-Président de Rockwell International (constructeur de la navette spatiale) et prend sa retraite en 1995.
Réputé pour être direct et son franc-parler, il est l'un des astronautes les plus réputés de la NASA.
Interview réalisé le 8 mai 2010 à Birmingham lors d'Autographica.
Interview réalisé conjointement avec le Cosmopif de l'ami Pierre-François Mouriaux (Pif) : http://www.cosmopif.com/
When did you apply, to become an astronaut, and why did you apply ?
I applied to become an astronaut in 1962, and I did it because I thought it was the best thing I could do for our country.
Uh ? Hehe...
Sorry, I wasn't very dramatic about that.
And what big memory do you have during your space career ? No special event ?
No special event. It was all fun.
And, in the space history, worldwide, was there a special event that marked you, or that was very important for you ? Was it the first Sputnik, Gagarin, Man on the Moon...?
Landing on the Moon, no question. That was the biggest thing that we did.
And I enjoyed my space flight. Yeah, you know, it was just one great event after another.
It's hard to pick out any one.
Yeah. It's just like if you had four children somebody said to you “which one is your favorite ?”
Yeah...
Better not answer that question, so...
And what was the big difference between Gemini and Apollo. You flew on both. The Gemini were more uncomfortable ?
Gemini was very small, it was on a small rocket.
Apollo was on a huge rocket, two space crafts, carried a lot of fuel.
But it was much more luxurious. It still was a small space craft but it was more luxurious.
Very nice.
You were surprised when you first tried in Apollo...
I was surprised during the launch, because of the magnitude of vibrations and things like that, and the engines ?? and then we shut down we get swirled around a lot in the cockpit, but it was a good go. 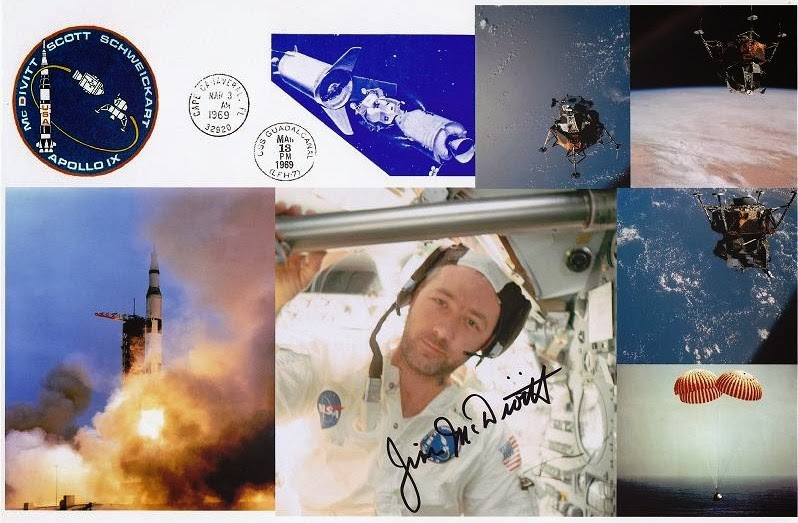 I've seen, many years ago, a documentary about early years of space and Mike Collins (?), if I remember well, was talking about the first EVA (extra vehicular activity) ...
...Ed White. 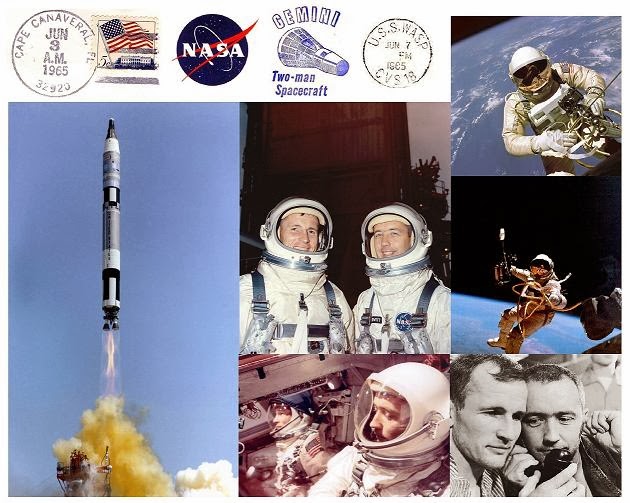 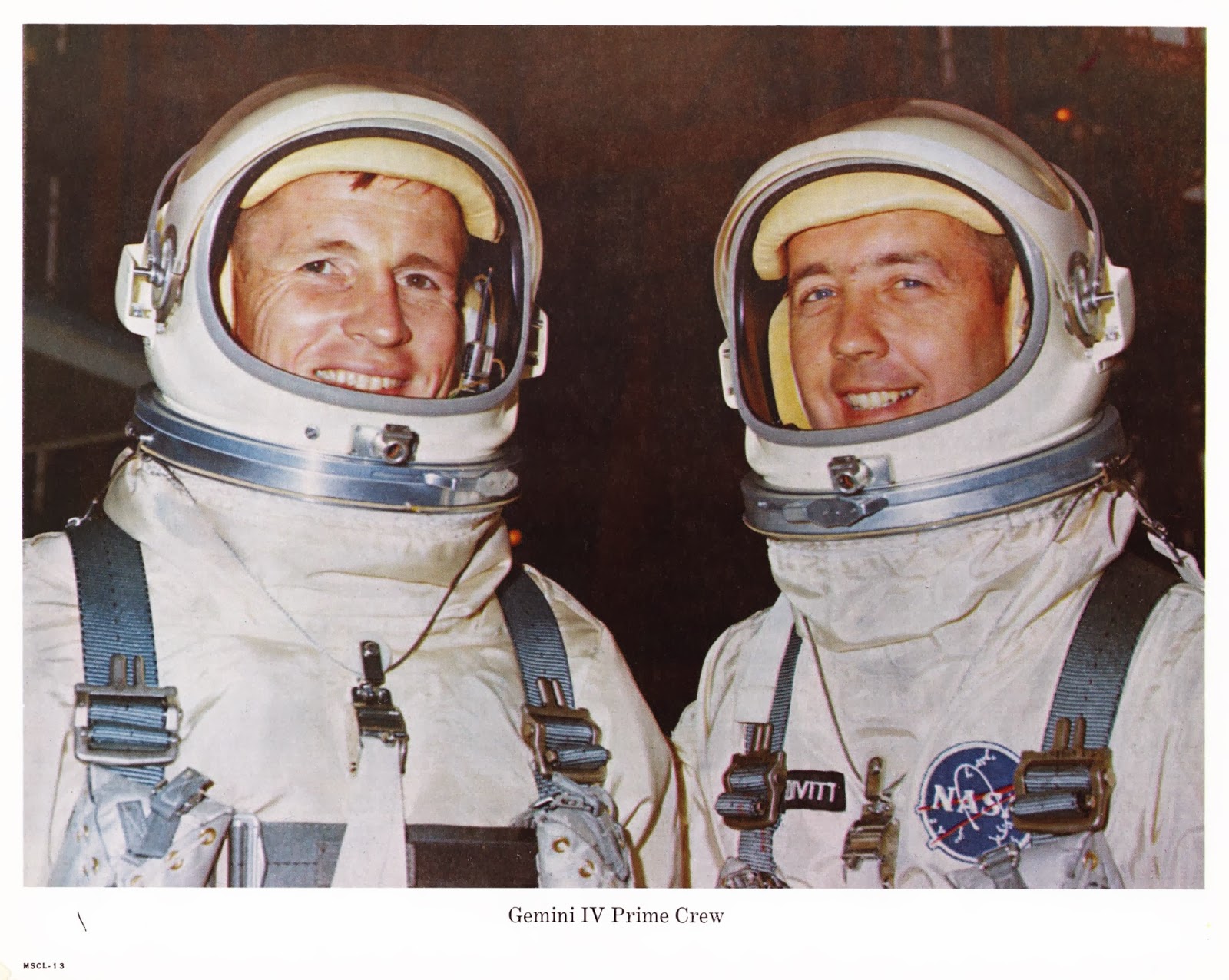 Yes ! But it was Collins who was interviewed. He was speaking on the television... He was remembering the Gemini program. And is that true that if White had a problem, you had to close the hatch ?
No. We didn't have any plans like that, and he wasn't going to have a problem.
We knew what we were doing, and we didn't have a contingency like that.
Did you train to catch him if there was a problem ?
We did enough work.
We both knew there wasn't going to be a problem.
It wasn't like he was going to go some place, long way waiting and come back.
He was only going to go out there 30-40 feet, and we knew we would get him back in.
We never had any contingency plan like that. That's a lying aluminum up there.
You knew, but did NASA give you the order? (McD, nods) No, no...
I didn't give a sh*t whether they gave an order like that or not, I wouldn't have done it. (Rires) 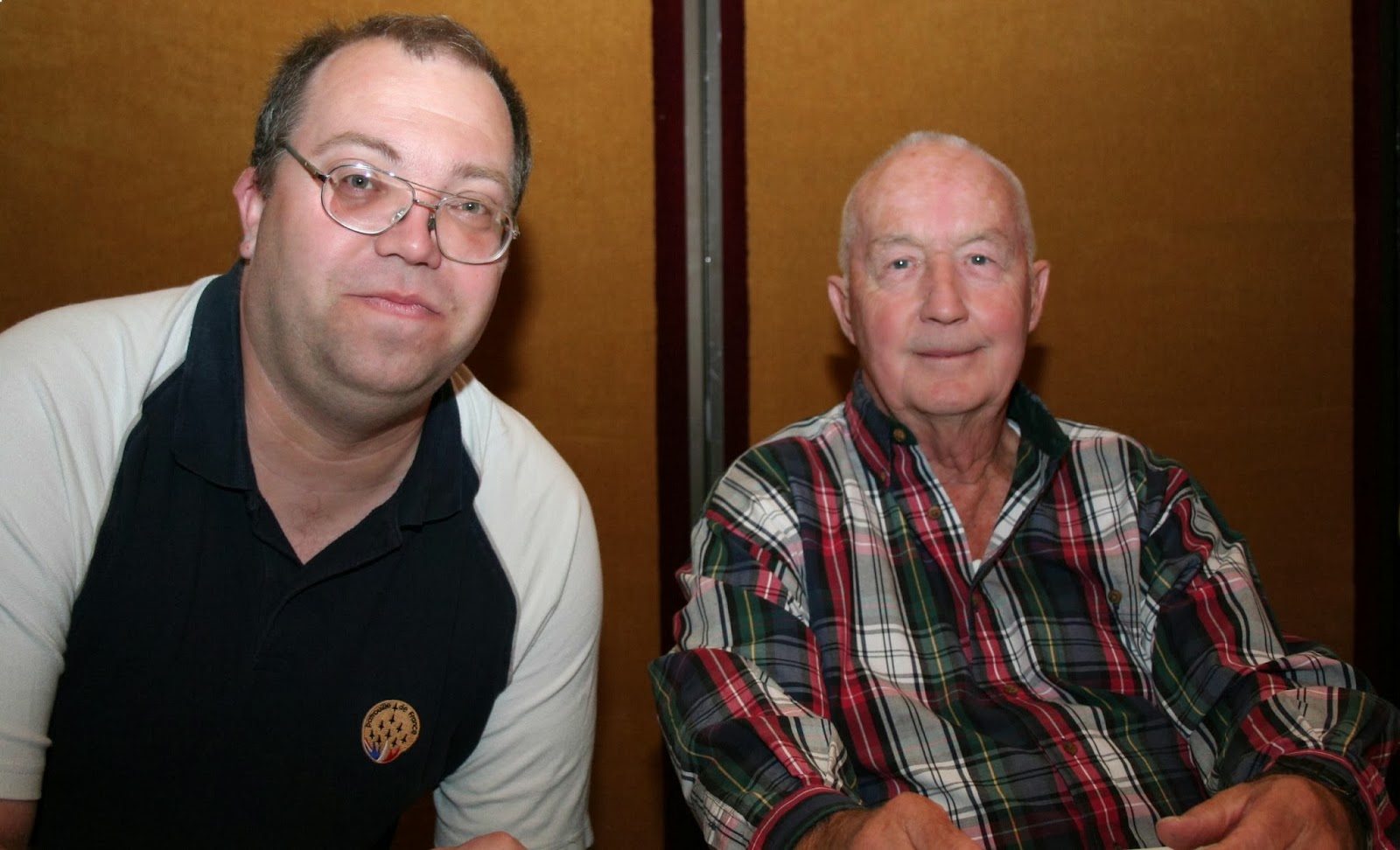 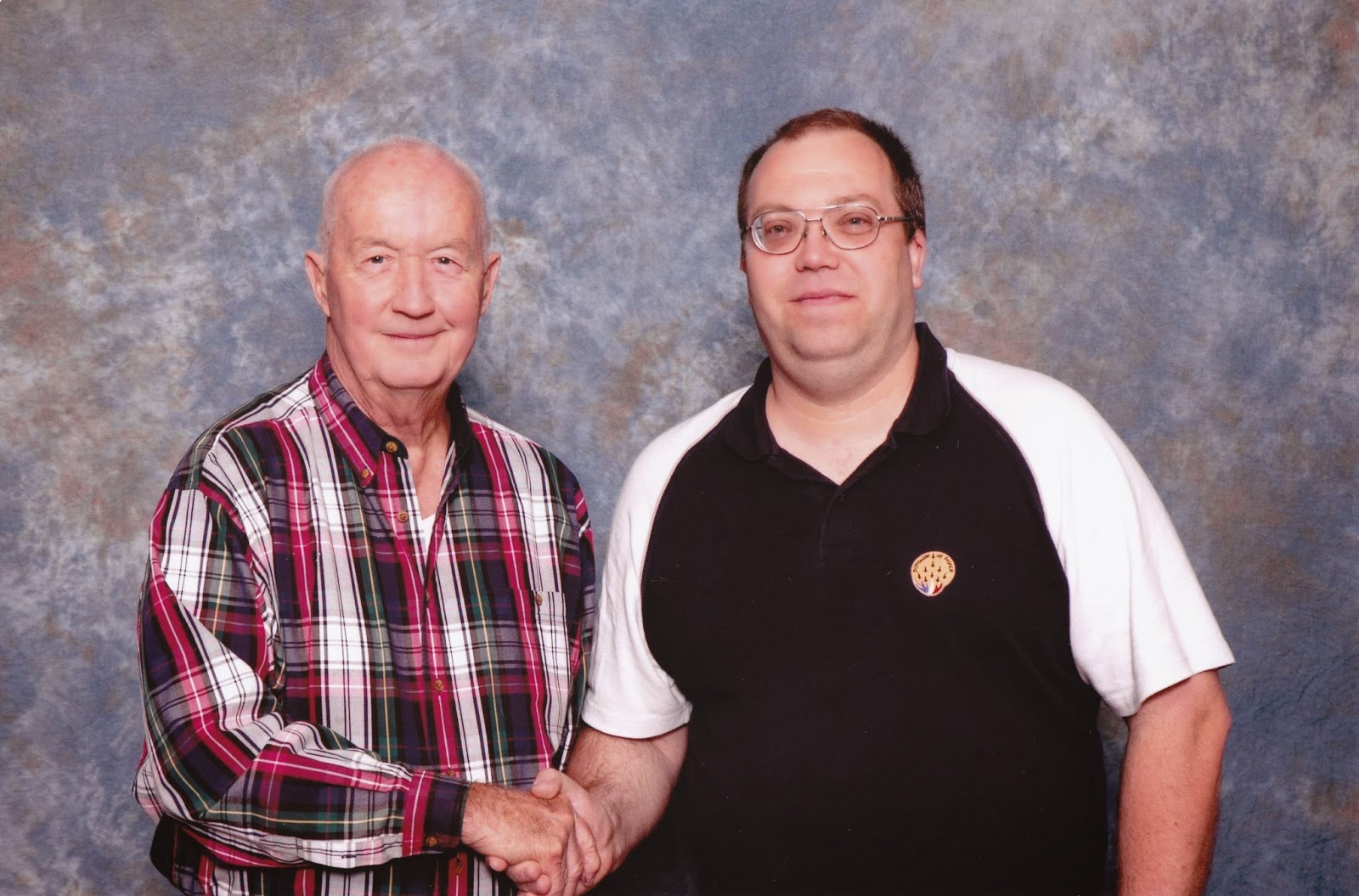